The Livi Lions, also known as Livingston F.C. are Livingston's own Football team.   Livingston F.C. Was created in 1995 from the former local Edinburgh football team, Meadowbank Thistle FC.   When Meadowbank Thistle began to see that their matches were not being watched by a lot of people, the club was about to close.   However thanks to the quick thinking of the LDC (See: LDC) the team would not move to the east of Edinburgh but to the west and would move to the "Booming New Town of Livingston" 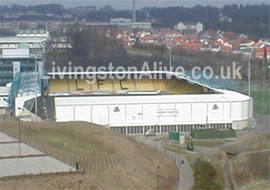 When Meadowbank Thistle FC announced it was to move to Livingston, loyal supporters were outraged and upset to hear that both the Meadowbank and the Thistle were to be dropped from the name as both these titles stemmed far far back in the clubs history.

When Meadowbank Thistle FC were to move to Livingston they would adopt the new name, Livingston F.C.   which they did, and they would have their own brand new 9,000 seater Almondvale Stadium which would be built by the LDC.

Livingston F.C., now known to supporters as the Livi Lions have done extremely well for themselves, and although they do tend to struggle when playing Celtic or Rangers they seem to find most games easy or are only beaten by a few points.

Want to know what the stadium looks like inside??? Here You Go:- 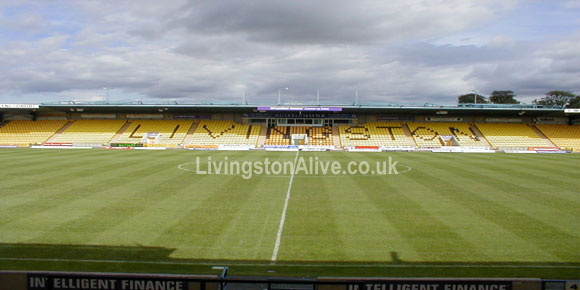