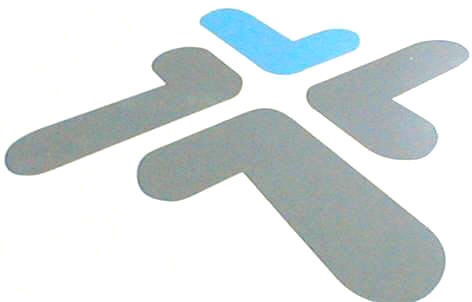 The Livingston Development Corporation was set up to ensure that the New Town of Livingston was planned, built and maintained correctly. The "LDC." as it was known maintained Roads, rented houses & Public Buildings. The LDC built most of the original housing schemes in Craigshill, Ladywell, Dedridge and Livingston Station (later renamed to Deans).

The LDC gave planning permission for private developments, offices and even a football stadium.

It was the duty of the Livingston Development Corporation to secure the laying out of the designated area and the development of the housing, industry and commerce in accordance with proposals to be approved by the secretary of state for Scotland.

The LDC carried out many major developments including the entire housing scheme of Craigshill, the Regional Centre of Almondvale, The Almondvale Stadium, The Livingston Landmark Project, St, Johns Hospital, two railway stations, the LDC offices and many more.

The LDC employed a workforce of approximately 1000 to upkeep the plantations, gardens, Roads, Maintenance of old houses such as Howden House . The LDC also had a large team of managers and directors with original Chairman Mr. B.D. Misselbrook in charge.

One of the LDC's main plans was to never have a set of traffic lights or "Pelican" Crossings, instead of junctions, Roundabouts (see: Roundabouts) were built and instead of traffic light controlled crossings, "Flyovers" (see: flyovers) were built, this meant that at no point did a pedestrian need to walk across a road, or, go anywhere near a car except if they were walking right on the edge of the footpath. Until 1997 there were no traffic lights in Livingston, but in December 1997, the LDC was wound up and when West Lothian Council took over their operations they decided it was cheaper and more convenient just to put traffic lights there.

In December 1997 the Winding Up Order (1996) meant that Livingston would loose its New - Town status which it had kept for over 35 years. Along with loosing its New-Town status, Livingston's roads would need to be maintained by someone, West Lothian Council was chosen for the job and today the WLC is responsible for gritting our roads in winter time, they are responsible for re-surfacing roads, emptying our bins, granting planning permission (or not) and a whole lot more.

FOR BOOKS PUBLISHED BY THE LDC, PLEASE VISIT OUR BOOK-SHOP.